Over the next few weeks, I’ve invited some of my dear blogging friends to share words of encouragement here on the blog while I rock my newborn baby and get some much-needed rest. Today, I’m thrilled to invite Susan Shipe on my virtual back porch to eat some blueberry scones and chat about life. I met her at a conference last year and adopted her as my blogging mom. She has such wisdom to share in the post below; I hope you are as encouraged and challenged as I was to take “the next thing” to the next level in our seasons of waiting.

Years ago Elisabeth Elliot quoted a poem on her radio show that resonated with her listeners and changed the way women handled stresses in their day-to-day lives. The poem, “Do the Next Thing,” is penned by an unknown writer, yet the message has become universal. You can read the poem here. Ms. Elliot was no stranger to hard times – her husband Jim Elliot was murdered by the Auca Indians in the early 1950’s. She kept doing the next thing and lived an extraordinary life in service to the Lord.

Between Malachi 4.6 and Matthew 1.1 is a span of over 400 years. Because there were no inspired prophets in Israel during this time, they are known as the “silent years.” Perhaps silent, but definitely not inactive, events took place which providentially prepared the way for the coming of Christ and the proclamation of The Gospel.

Let’s make this relevant to our lives!

The Israelites just kept doing the next thing.

For 400 years! In the middle centuries of law and grace!

Are you in a season of silence? You’re unsure of what the Lord wants you to do or where He wants you to go. I encourage you to keep doing the next thing. That looks differently for different people. It may mean empty the washer into the dryer, do the dishes, change the baby’s diaper, prepare supper, pick up the children, continue to the next homeschool subject. For some, keep going to that deadend job, keep teaching that class, keep writing that book, just keep on.

In all reality, doing the next thing is doing the last thing God led you to and continuing to do it until He tells you to do something else…the next thing. It is in the middle that God reaches and teaches us His grace.

My dream of being the editor and publisher of a faith-based Better Homes & Gardens magazine has never been fulfilled, BUT, here in the middle the Lord has blessed me with a beautiful little space on the world wide web to share my creative gifts He has given me. And, there I continue to do the next thing by writing messages of Hope, from the Heart, and for the Home!

I challenge you to look at this “middle” place of your life with joy and humor, season it with God’s grace, and continue doing the next thing. Because, you know what? You never know when the next thing is the fulfillment of that God-sized dream you hold in your heart! After all, in the middle of those two testaments we all hold dear, there was a young girl who woke one day doing the next thing and she received some astonishing news…

Behold! you are blessed and favored among women and I bring you tidings of great joy! (Luke 1.28)

Let us encourage one another to keep doing the next thing in the middle, because in the end? It has the greatest reward! 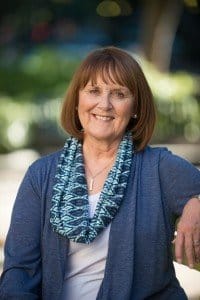 Susan Chamberlain Shipe, a writer since the age of eight when she and her neighborhood friend wrote, edited, published, and distributed The Manor News. Things have changed since publishing with the five and dime stamp lettering set! Today, Susan enjoys blogging at http://hopehearthome.com, writing short devotions and short stories from her home in the Appalachian Mountain Range of the Blue Ridge Mountains in northwestern North Carolina, which she shares with her husband of thirty years, Lowell, and their beloved dog, Sam.