Over the next few weeks, I’ve invited some of my dear blogging friends to share words of encouragement here on the blog while I rock my newborn baby and get some much-needed rest. Today, I’m excited to introduce you to Karrilee Aggett, as she shares with us heartfelt and practical lessons learned about prayer… from her early days as a Christian, to a new mama, to even now.

In the Gospel of Matthew, up on a hillside surrounded by crowds who were spiritually hungry and wanting, Jesus lays out truth and teaches with authority. He touches on the Law, on anger, adultery, making oaths, loving your enemies, and then He goes on to say, “And when you pray…”

I don’t know about you, but I wasn’t raised in a Christian, church-going, bedtime-prayer-saying family. We had relatives who, when visiting, would pray over meals or over us kids at night. It was fine, but we had no clue who they were praying to and it felt out of place.

Prayer was something said in emergencies or when things weren’t working out. They were one-word shouts to a closed heaven, said with desperation and pleading.

I wasn’t interested in a God who needed that kind of drama.

I wasn’t really aware that I had come to that conclusion until I became a Christian myself at the ripe old age of 21. All of the sudden, prayer was a thing, and everyone was doing it. Out loud in groups, over the phone, and apparently all alone, too. I began to see prayer in a whole new light!

I quickly immersed myself in a prayer culture, and I learned that prayer was more than reciting old fashioned words or memorizing scripture and checking off a list of wants/needs. There is room for that type of prayer and value in using those tools for sure!

But I came to learn that prayer is a conversation: it requires talking and listening, speaking and hearing.

Prayer is a conversation: it requires talking and listening, speaking and hearing. @karrileeA

Just as building a friendship requires time spent together–sharing stories and past, present, and future hopes and dreams–so it is with our Savior. He desires to build a relationship with us, to pursue and be pursued, for one day He will be our Bridegroom and we will be His Bride. We must invest in growing and strengthening our love and that happens in many ways but it always happens when we spend time with Him.

Prayer is simply that. Prayer is spending time with Him. Walking with God.

I remember when our girlie was tiny and my husband and I would tag-team those 2am feedings. I recall one night specifically. I rocked her to sleep and stumbled quietly back to bed when the Lord called to me to go out and sit with Him in the living room. I tried to talk him out of it or convince him that we could chat from my bed but he was persistent in his invitation.

I began praying by repenting -for being less than, for not spending enough time in the Word, in prayer, in doing. I moved on to the lists of needs and wants for myself and for others–and there is just never an end to that list really. He lovingly interrupted me once more with this simple invitation: “Just be with Me!”

In the shadowy silence of those early morning hours, my exhausted heart was afraid that I would nod off and offend him. Immediately He assured me with this truth. He whispered softly, “I am here to fill you up and refresh you. I don’t mind if you fall asleep, my dear. I just want you to be with me. You don’t have to DO anything. In fact,” He said, “sometimes I just love to watch you sleep.”

Now He was speaking to my new-mama heart! That, I could understand! I spent many long moments just watching my girlie sleep in peace.

So that night was the beginning of many seasons spent just sitting quietly with the Lord – in the dark of night as well as in the cool of the day! I would wake and pray, and rock a sleepy baby and pray. I’d do laundry and pray, run errands and pray.

Prayer became part of my daily life and wherever I went, and whatever I was doing, I invited God in and we prayed about everything. And sometimes we used words.

God and I talked about everything. …And sometimes we used words. @karrileeA

But when it comes to what Jesus had to say about prayer himself, I think we can miss something so simple but so important if we’re not careful. When Jesus taught us how to pray, he said to pray like this: “Our Father…”

He’s yours and He’s mine.

He draws us right in to Community – and more than that, to Family!

Prayer – at the very heart of it all – is a conversation between God the Father and his kids!

So just start talking… He is listening! 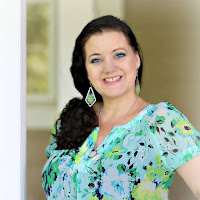 Karrilee lives in the PNW with her husband. They are new empty-nesters and co-leaders of Dad’s House church. She’s passionate about the Lord and sharing His love. Her life message: Speak Life. Be Love. Shine On. You can find her at Abiding Love, Abounding Grace, on Facebook, Twitter, and Instagram!
FacebookTweetPin