It’s that time of year when people make New Year resolutions, telling themselves, “This year is going to be different,” and getting pumped up to lose weight, think positively, get out of debt, pray more, and yell less. But few know the secret to successful New Year resolutions.

For 80% of that crowd, this year will be no different from last year or the years before. Which, if you think of it, is extremely disheartening.

If you want to know how to keep your New Year Resolutions and make this your Best Year ever, keep reading. It involves facing the lies we tell ourselves and allowing the Truth of God to transform us rather than trying to pull ourselves up by our bootstraps. And it’s straight from God, so you know it will really work.

But first, let me tell you a story about lies. (It ties in to New Year resolutions, I promise.)

The Tale of the Lying Girl

They tell me I was a pretty good liar.

I would look you in the eye and tell you a bold-faced lie with such sincerity and innocence that my parents were convinced even I believed it. Until they somehow managed to get the truth out of me later.

As a child, I really struggled with telling the truth. The truth was inconvenient (like when I had to admit to licking the frosting all around the edges of that special cake) and sometimes painful (like why my parents fought so frequently in front of us).

But my familiarity with lying came to a fast halt one day shortly before my father’s birthday. My brother and I would set aside a few coins each time our father sent us to get the morning papers (in Romania we went to buy them from kiosks down the street), and our intention was to buy him a magazine with collectible stickers. Looking back, I don’t know why we thought our dad would want something like that, but we were convinced. So we siphoned off a bit of money here and there for weeks. Each morning we walked in with the paper, he would ask for the change and my brother would give it to him. He’d look it over, weighing it in his hand, and ask, “Is this it?” We both nodded. Truthfully, my intention was not to deceive my father; what I really wanted was to surprise him and make him happy on his birthday. But I kept ignoring the gnawing feeling that told me this wasn’t really a good idea.

We were only a week away from the big day, and things were going exactly as planned. We delivered the papers and went to our room to start our schoolwork for the day, when my dad called us, one by one, into the living room.

“Where’s the money?” he asked, when it was my turn to interview with him.

“What money?” I responded, trying to keep my voice calm as my heart beat wildly inside me.

“The money leftover from the morning papers.”

I shifted my weight from one leg to the other. “You have it. Eugen gave it to you when we came back with the papers.”

“No there isn’t,” I calmly replied, though at this point I must have been shaking with fright.

For some reason I didn’t think he would do the math and find us out, but I couldn’t argue with his logic. “Um, I’m not sure. Maybe we dropped it on the way?”

He lashed out in anger, disappointed, I’m sure, that his children were stealing from him. I dissolved to tears, confused over why he would react in such a way when all we wanted to do was surprise him with a nice gift for his birthday.

I remember crumbling to the floor and sobbing. He demanded an explanation but there was none I could give him. In my 8-year-old mind, I thought we could still pull off the surprise and somehow redeem this mess.

I lay on my bed, crying as my mom came up to me, rubbed my back, and asked me what had happened. I told her everything, but asked her to promise not to tell dad.

I don’t remember what happened after that, except that I swore I would never tell a lie again. It didn’t matter how much good I was trying to do, the heartbreak just wasn’t worth it. 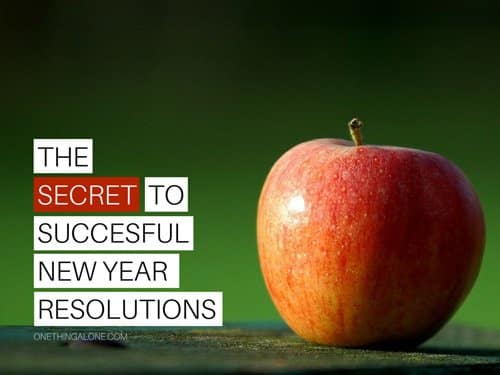 Why Your New Year Resolutions Fail

For years I prided myself in being a truth-teller. Even “little white lies” made me uncomfortable, like the time one of my best friend’s boyfriend asked me to help him plan a surprise proposal from thousands of miles away; I managed an unconvincing circumvention of truth without exactly lying–but I squirmed in my seat even as I did so. Quite the Damascus conversion, I was the once-bold-faced liar who now couldn’t help but tell the truth in every situation. Miracle of miracles.

Except, I was wrong.

I am still a liar, but my lies have grown in sophistication and are mostly internal now. I tell myself all sorts of lies to justify my actions, just like I did when I was a child. I tell lies by failing to face the truth, by conveniently magnifying the facts I want to focus on and ignoring the facts that make me uncomfortable.

The reason our New Year (and mid-year and any-time-of-year) resolutions fail is because we sabotage our success by lying to ourselves.

Our New Year resolutions fail because we lie to ourselves. But there’s a better way…

Turns out, I lie. A LOT. And I timidly accept the lies the enemy tells me about my worth, my future, and my God. It’s like a tape of lies is on constant repeat in my mind and I not only listen to them but begin to actually say them to myself.

Maybe you do, too?

I shared earlier this week about the theme of Grace & Truth that God has been impressing on my heart. Here is one of the verses that He’s been bringing to mind all week: 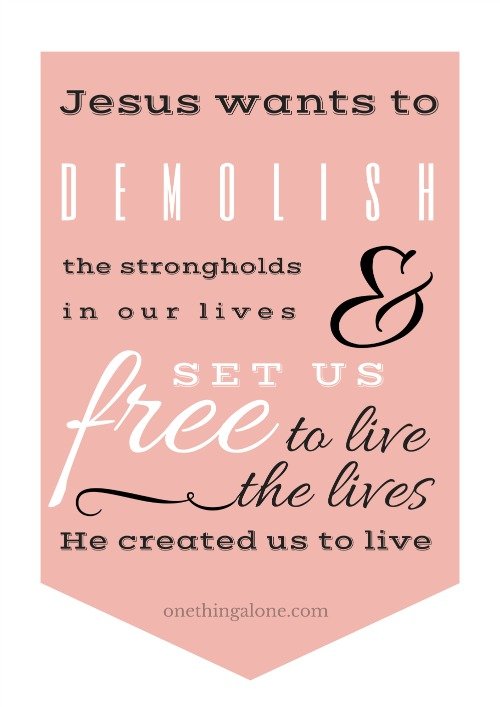 Behold, you delight in truth in the inward being,
and you teach me wisdom in the secret heart.
~Psalm 51:6 (ESV)

God wants truth in the deepest parts of my being, and He’s willing to help me by shining His light in those dark, secret corners of my heart that I don’t want to even go near.

To be honest, I’m kind of scared of even going there. My life is kind of comfortable right now and I’d rather not stir up trouble, you know, get the enemy army to look my way. This is, after all, a war that we’re in. A war against spiritual principalities and powers of darkness and lots of other scariness I’d rather avoid altogether.

But there’s a lie right there: ignoring the problem will keep it from causing issues. FALSE!

Ignoring these problems, these lies, these sacred cows, these giants in our lives will not make them lie low and leave us alone. If anything, they’re going to dig deeper roots and establish a stronger hold in our lives, bringing a cloud of darkness with them. The sins of worry, jealousy, addiction, bitterness, resentment, pride, and so on will choke the life out of us and keep us from finding joy in Jesus.

Make 2017 the pivotal year of your life: allow the Truth of God to transform you!

And the truth? The truth, dear friends, will set us free. I’m not talking about some cutesy quote that holds the key to our release from bondage; I’m talking about Truth Himself, Jesus Christ, who defines reality and sheds light on our situation so we can live rightly before God, walking in truth, calling sin sin, and shining as lights in the world as we hold on to the Word of life. In His light, we see light in the darkest recesses of our hearts, the places we’ve stuffed all our junk in because we didn’t want to deal with it. The true light, who gives light to everyone, came in Jesus, full of grace and truth. And from His fullness we all receive grace upon grace. (See John 8:32; Philippians 2:16; Psalm 36:9; John 1:9-18)

There is hope for chronic liars like you and me, and that hope is Jesus Christ. He wants to demolish the strongholds in our lives and set us free. Free not just from lies, but from addictions, from bad habits, from debt, from brokenness, from sin, from everything that’s holding us back from living the lives we were created to live. And who the Son sets free is free indeed (John 8:36).

Will you join me this year on a sacred journey of becoming women of grace and truth? Women who stop lying about the inconvenient truth, women who stop the tape playing in our minds telling us all sorts of lies that keep us in bondage, women who boldly invite the Truth to shed light into all the parts of our lives so we can be free indeed.

Share this secret to successful New Year Resolutions with your friends!